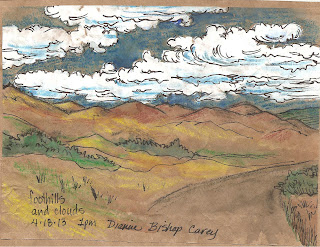 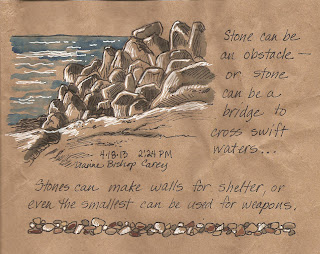 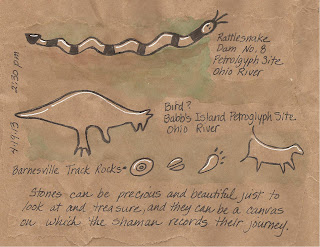 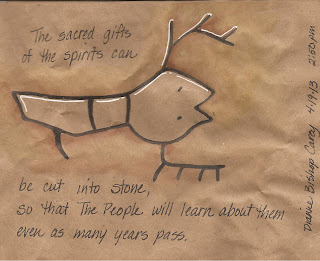 Stones have been a canvas on which
artists of the past carved images... 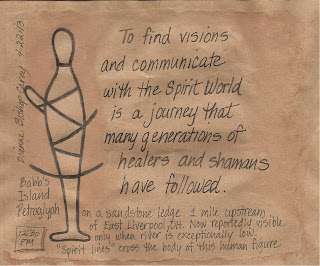 Were they sacred?
Did the images give men
power over the being portrayed? 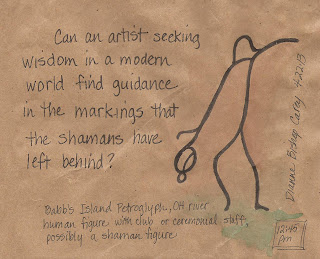 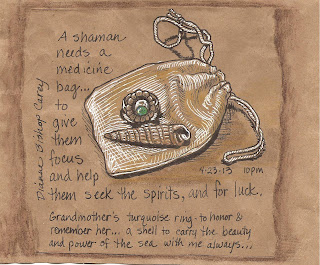 The beginnings of my medicine bag...
I will keep my eyes open
and search for other
objects which will speak to me. 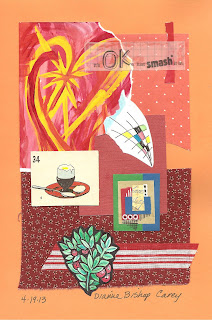 Taking a break from the Fake Journal today.
A brightly colored collage seemed in order.
Various papers, fabric, a game image,
a tiny collage, painted paper, and
my own leaf/apple watercolor & pen design.
Smash your stuff into any art journal!
It doesn't have to be 'organized',
just experiment and have fun.
How are you
having fun these days? 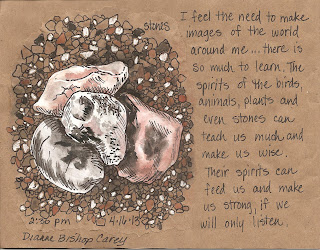 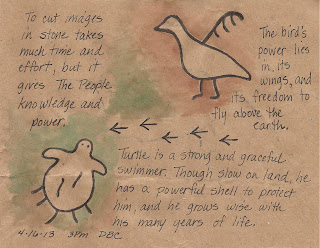 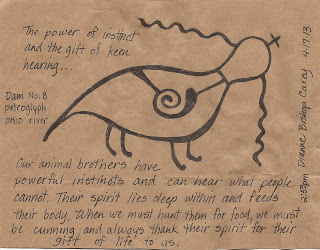 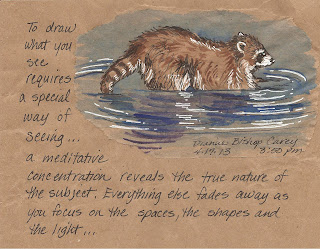 Drawing in a meditative concentration
reveals the true nature of the subject... 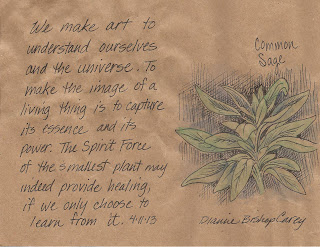 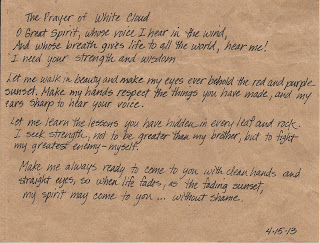 What do you see in the clouds?

To learn more about
International Fake Journal Month
click on the link.  There's still time to
make one of your own! 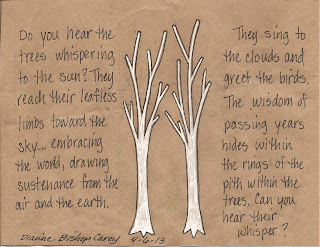 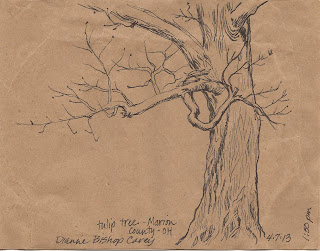 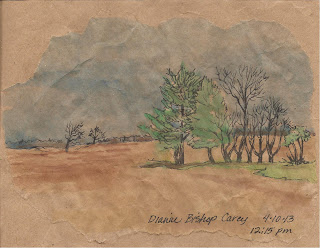 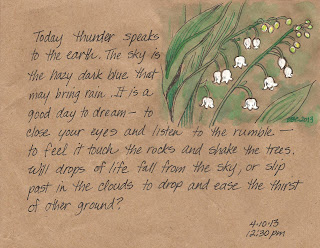 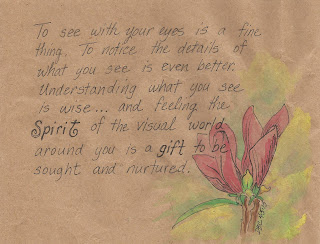 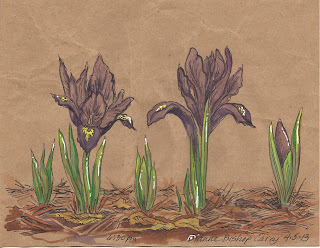 To see with your eyes is a fine thing.
To notice the details of what you see
is even better. Understanding what you see
is wise...and feeling the Spirit of the
visual world around you is a gift to be
sought and nurtured. 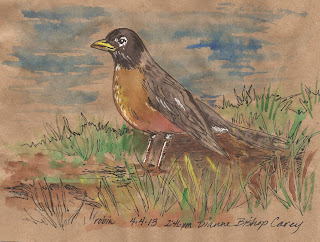 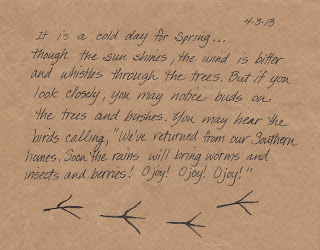 Pages in my 2013 Fake Journal.
As April progresses,
see if you can figure out who or what
my character is.  Join me in the journey!

Visit Roz Wound Up if you want to see
other Fake Journals, or make your own.

What if you could be somebody else?
A different person, doing different things?
That's what a Fake Journal is about...
life is short, why live only one?

Visit Roz of Roz Wound Up if
you would like to do a Fake Journal
during the month of April!
Click on the logo in the side bar to read
how you can be part of the Fake Out.
And...Never Explain... 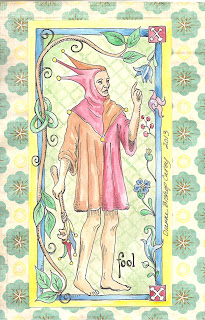 April Fool's Day always makes
me think of court fools, or jesters...
so here is my rendition of a court Fool.
I added a medieval style border
and background, since his costume
was inspired by an illuminated
manuscript letter. 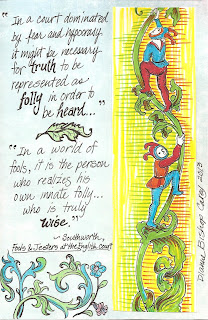 Several types of court fools existed:
people who were considered "mad" or crazy~
some may have been small in stature.
The fool that I find most interesting
was the witty person whose behavior
and comment was accepted by royal decree.
Humor could be used to illuminate the truth
when a plain statement of fact or opinion might be
considered offensive. A Fool could get away
with saying what courtiers could not.

"In a world of fools, it is the person
who realizes his own innate folly...
who is truly wise."

In 1508, the French poet Eloy d'Amerval
referred to a 'poisson d'avril'
April Fool
literally translated April Fish!
I hope your day is filled with humor and fun!