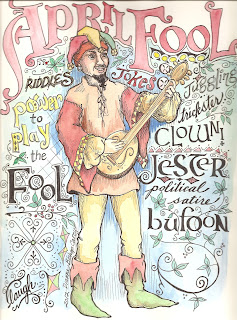 April Fool's Day
is a day when people play jokes on
each other. The Roman festival of
Hilaria, held on March 25th, and the
Medieval Festival of Fools, on Dec.28th,
may be the beginnings of April Fools Day.

Iranians play jokes on each other on the 13th
day of the Persian New Year, which falls on
April 1st or 2nd, and many believe that it
is the origin of April Fool's Day. 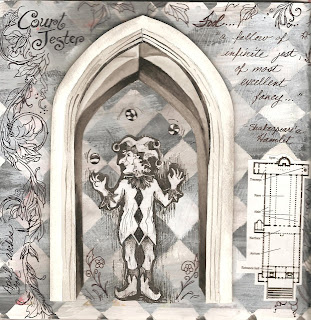 A "fool" is also a term for a court jester,
who entertained the king and court.
According to Wikipedia, "The fool's status
was one of privilege within a royal or noble
household. His folly could be regarded as the
ravings of a madman, but was often deemed
divinely inspired."  Jesters served not only
to amuse, but to criticize their master
and mistress, or guests. 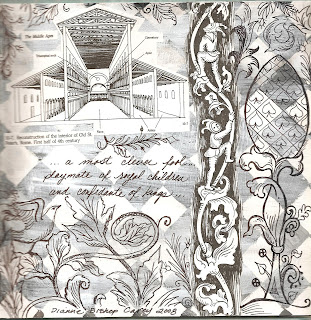 The jester could mock and freely dispense
insight, while a nobleman could find himself
in the dungeon for similar remarks! 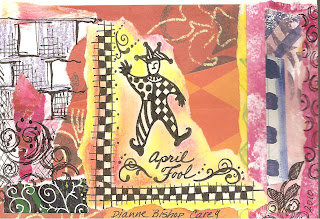 "What soap is to the body,
laughter is to the soul."
~ Yiddish Proverb

Have you had a good laugh today? 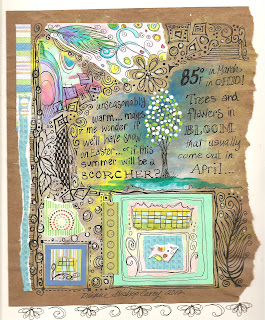 Art journal pages can be many things.
These pages are expressions of
what was on my mind this week...
unseasonably warm weather,
blessed green buds and the
joy of spring blooms... 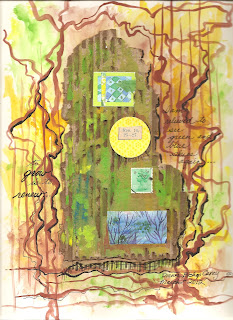 Renewal is something that nature
shows us in dramatic ways.
People also need to be renewed
in spirit, nourishment, thought,
and in fun! 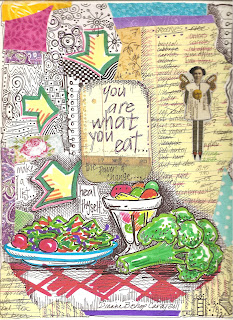 Incorporated in this journal page is
a shopping list and some images from
posters that I used for a talk that I gave.
Lots of doodles and fabric create
additional color and texture.
Food for Thought, and healthy
Food for the Body are both
important priorities...

and art helps feed my spirit. 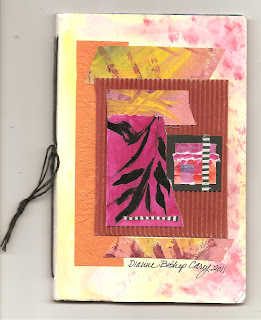 The little pink journal that had
just 24 pages, is complete...
here are some pages that have
been posted on the blog in the past. 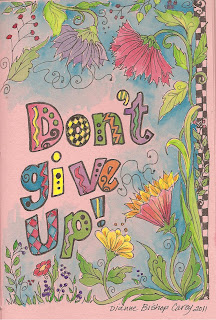 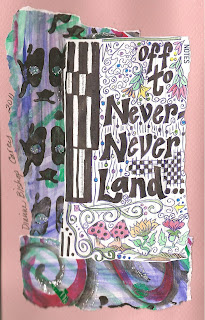 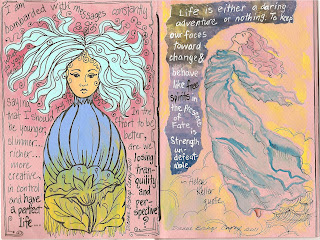 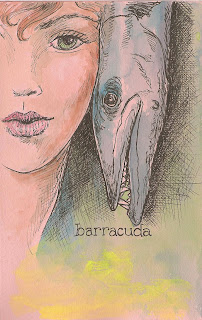 The "barracuda" page is my favorite... 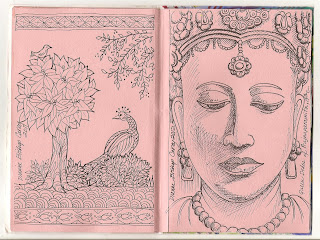 I have left these drawings (above) without color,
but am not sure I will be able to resist adding it.
The detail of a statue (right) is drawn from an art history
textbook...such a serene expression on this queen.
She looks very Buddha-like... 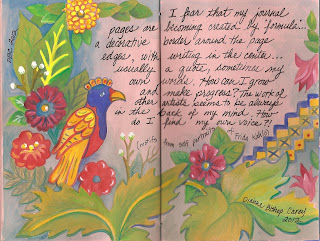 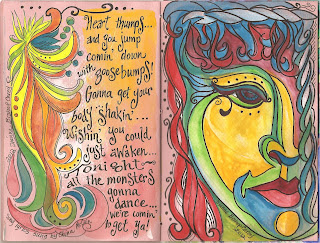 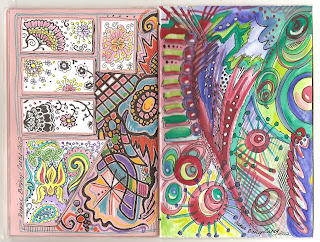 Slay your dragon, whatever it may be...
jump in and make art! 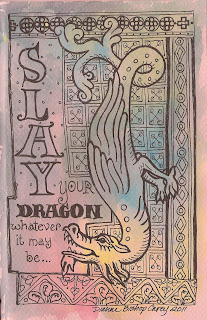 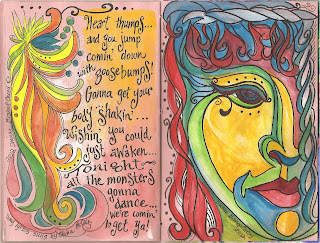 Gouache is an opaque water-based paint.
It handles a lot like poster paints, and
has a matte finish.
(click on any image to view enlargement) 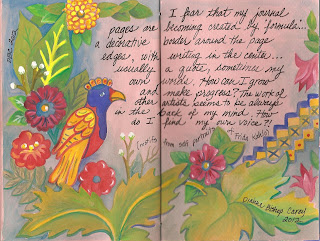 There are only a couple of blank
pages left in this little journal made
from pink drawing paper. 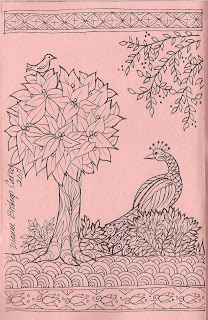 This pen drawing is similar to one I did
for a swap, here, in which the theme was East Indian
art. I liked the textures and patterns so much,
that I did a page for myself in this journal.
I think I may have to add watercolor
to this.  Do you think it needs color? 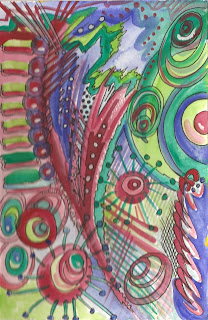 Another page using gouache,
where I used up the colors left on my
palette.  When I start to think that my
journal pages are becoming too similar
to each other, it's time to try something different,
like no words, just shapes-texture-color!
Posted by Dianne 5 comments: 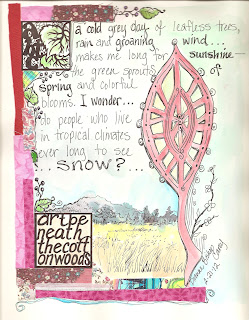 Art journaling in my visual art journal
makes a cold gray day more bearable...
watercolor, drawing, and collage
give me an outlet to express
frustrations, sadness or joy...
quotes can often be a starting point.
(click on any image for a larger view.) 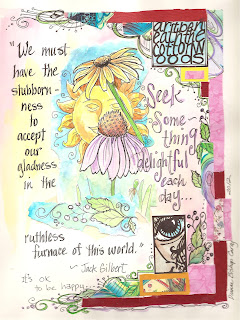 Seek something delightful
each day.
Fill your day with color!
Posted by Dianne 5 comments: